Define Your Customer;
Ignite Your Idea

Kinetic is a 6-week, cohort-based program that helps aspiring entrepreneurs workshop their early-stage creative business ideas and explore their customer base.

Your idea is the future

Take your business idea to the next level! Kinetic is a 6-week, cohort-based program that helps aspiring entrepreneurs workshop their early-stage creative business ideas and explore their customer base. Weekly curriculum (with in-person and remote options) is taught by a team of subject matter experts who mentor and counsel founders. Kinetic graduates have successfully launched their startups, earned spots in business accelerators, and secured grants.

The cost of Kinetic is $349 for those who are selected and confirm their participation.

Workshops will take place online and in Winston-Salem, NC. Local participants are welcome to attend the Kinetic sessions in person. North Carolina and CDC guidelines are closely followed for health and safety.

So who is creative?

Kinetic serves creative entrepreneurs that are using their design, art, music, theatre, film, writing, culinary, interactive digital media, and an array of artisanal skills to solve a problem for their customers.

Kinetic is designed for you to take that cool idea you’ve been thinking about and create a mission, vision and value proposition for a potential customer. Do you want to bring this to life, but don’t know how? Kinetic can help you ideate and implement!

We are offering a $1,000 Kinetic Potential Award to the idea we think has the most potential after the 6 week bootcamp.

Build and use a budget

Creatives who are ready to test their idea, but aren’t sure what the first step is

Creatives who are ready to turn their hobby into a business

Creatives who need help building a foundation of business skills 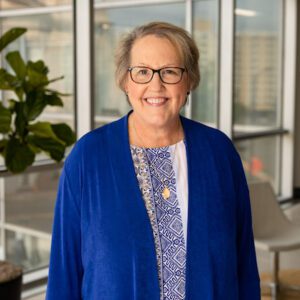 CCE was launched from the work Margaret directed at the Piedmont Triad Partnership based in Greensboro. She led the creative economy initiative between 2007-2011. Prior to her move to North Carolina, she worked in New York City as an Artist Manager and Senior Booking Representative for ICM Artists. Her work entailed booking concert engagements for the ICMA roster throughout the Southeast, managing soloists and attractions. Other positions held in NYC include Shaw Concerts, Vice President, and Frank Salomon Associates, Artist Manager.

Collins has been named a Triad Power Player by the Triad Business Journal and serves on the Board of Directors of the Piedmont Triad Film Commission. Nationally, she is a co-founder of the Creative Economy Coalition. Originally from Shelby, NC, Collins attended Wake Forest University and UNC School of the Arts receiving a B. A. in music from WFU studying trombone and piano. In Washington DC, she received an M.A. from The American University in Performing Arts: Arts Management. Margaret enjoys playing in the Winston-Salem Community Band, practicing yoga, and hiking on scenic trails. Her husband Ray Collins is the founder of TrueVoice, a vocal presentation coaching business. They have a son, Michael, who is studying Radio and TV broadcasting. Connect with Margaret at margaret@ccetriad.com. 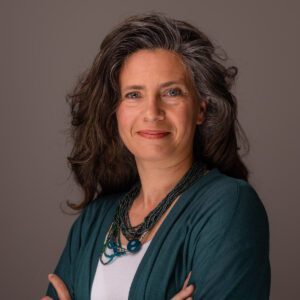 Born in Brazil and raised in France, Kami joined the CCE team with 25+ years of experience working internationally in theater, live entertainment, and education as a producer, executive director, event manager, and educator. Her unconventional profile reflects upon her desire to connect the incompatible and to build bridges between Creatives, Businesses, and Educators.

She has worked for the Cirque du Soleil, Franco Dragone, the MGM, the Wynn, Otis Elevators, ING Insurance, the Asian Film Awards and multiple TV series, including one with an audience of 600M viewers. She co-founded an international theater and arts festival and produced hundreds of short and long-term projects, shows and events working with communities at risk, youth, professionals, and universities around the world.

Kami speaks 5 languages and holds a masters in Chinese Language and Culture from the Aix-en-Provence University France. After nearly 20 years in Asia, Kami took two years off to focus on family and together with her husband they created a food-truck business in Provence, France, called Tres Tacos.

In 2019 she moved to Winston-Salem with her husband Chad Leslie (who teaches at UNCSA) and their two boys Leo and Yilan. She loves yoga, meditation, and spending quality time with her family camping, cooking and traveling. 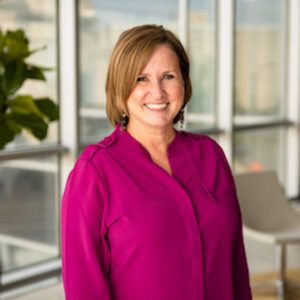 Jody joins the CCE team with over 25 years experience in nonprofit management where she has supervised intricate marketing and development initiatives for various local non-profit organizations including The Nussbaum Center for Entrepreneurship, East Greensboro NOW, Triad Stage and the Community Theatre of Greensboro.

In the realm of academic entrepreneurship, Jody designed and launched the Arts Administration major and minor degree program/curriculum at UNCG and served as Program Director from 2014-2017 where she grew program enrollment 2150% in 3 years.

Jody has enjoyed a “side hustle” career as a nonprofit consultant and has served as moderator and participant in such conferences/seminars as The Association of Arts Administration Educators, Wake Forest University Creativity Conference, The UNCG Bryan School of Business’s Entrepreneurship in the Arts forum, The Art of Public Memory Conference, Southeastern Theatre Conference (SETC), and the Southern Entrepreneurship in the Arts annual conference. Additionally, she is a licensed grant writer with SenWorks, and actively collaborates with fellow “Unicorn Grant Writers” through that network.  In her spare time, she’s an avid gardener, “amateur” chef and food anthropologist, and a lover of all things involving coffee or wine.